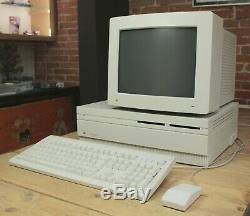 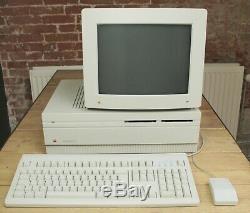 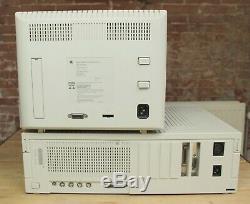 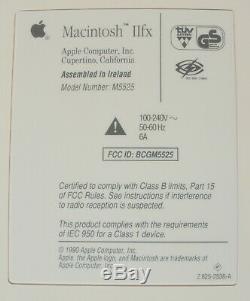 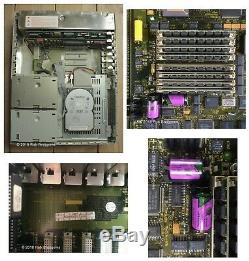 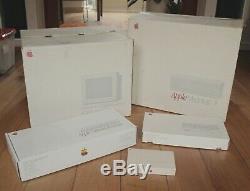 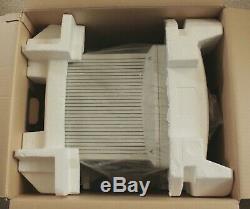 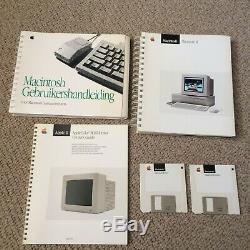 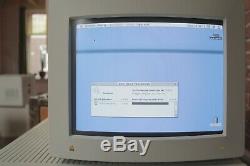 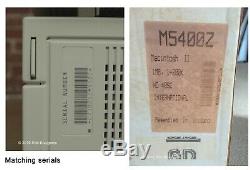 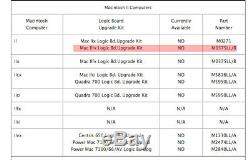 A Wolf In Sheep Clothing! This is something that might have your interest, a boxed Macintosh IIfx! I call it my Super IIfx , because it has such pristine looks and is so complete.

It is a 1987 Macintosh II (M5400Z) that has been factory upgraded to a IIfx (M5525) following the M0375LL/B upgrade package by Apple. The IIfx casing shows a'Macintosh II' logo on the front, but a genuine IIfx sticker on the underside.

A true wolf in sheep clothing! The IIfx is the second most expensive Apple computer even released according to Forbes. This IIfx was used by an installation engineering company (the no longer existing Installatieburo Twente BV from Nijverdal, The Netherlands) and has most likely been used to make technical drawings of electrical schemes for buildings.

After it went obsolete it was taken home by one of its employees. This man took all the older Macs home and kept it all with boxes and stuff. The IIfx comes with all its boxes, all styrofoam protection, plastic bags, books and floppy disks.

This is very, very rare. In fact, I have never seen anything like this before! This complete set has no yellowing at all!

That is incredible after 30 years of life. It has NOT been retrobrighted I can assure you, this is as original as it gets!

The front of the IIfx case has two tiny dents, from about 1.5x1.5 mm (that is 0.059 inch), hard to spot. These small dents must have been there all the time, as the Apple reseller placed its company-logo-label (which I removed) over the dents! The rest of this lot is really in a super state!

The IIfx has two 1.44 MB floppy drives which are both in top condition. The motherboard has two new PRAM batteries. The original 8 MB (8x 1MB) memory is installed. The harddrive was also upgraded, from 40 MB (1987) to 500 MB (1990). Also the monitor was upgraded from a monochrome to a color screen.

And the videocard was also replaced, even both original boxes are there! The keyboard is the famous M0115, which is known to be the best keyboard that was ever made. This keyboard is in an impeccable state. The large 0-button and page up-button do tend to rise a little slowly after use. ITS PACKAGING This lot comes with 5 original boxes!

Two of these boxes have matching serial numbers with the IIfx and the keyboard! The serial on the box of the monitor does not match (although it comes from the same lot I bought once). The boxes of the keyboard and videocard look exactly as the have looked in 1990: as new!

Apple Extended Keyboard M0115, English (note: in some pictures the M2980 keyboard is shown, this keyboard is not part of this offer). This machine (computer and monitor) works in the USA as Europe (and the rest of the world) because it adapts to currents between 100-240V. Two books and two floppies, alle in pristine state and the floppies are working.

I add an (very much sought after) Apple SCSI Black Terminator for free , in order for you to operate more than one SCSI-device flawlessly. Please be patient, it will arrive at your place!

This beautiful lot is based in Groningen, The Netherlands (Europe). I want as much as you that this baby will stay alive in all its splendour. So there will be extra boxes around the original boxes, which will be packed in bubble wrap with (of course) no tape on them. One with the computer with keyboard, mouse, books, videocard boxes and floppy disks and one with the monitor. Total weight of these two boxes together incl.

Packaging materials is 40 kgs. The item "Apple Macintosh IIfx iifx 2fx, fully boxed, like new, very rare" is in sale since Tuesday, March 24, 2020. This item is in the category "Informatica, netwerken\Vintage ICT\Computers".

The seller is "hobbyrobby71" and is located in Groningen. This item can be shipped worldwide.