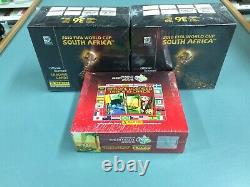 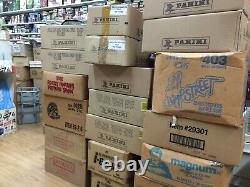 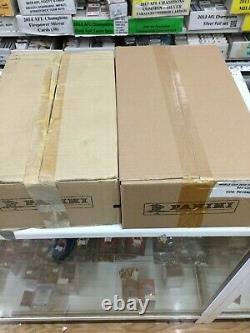 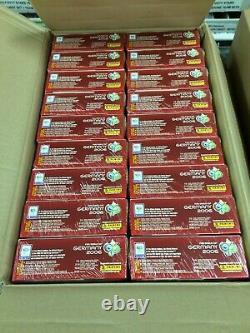 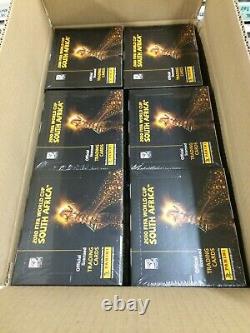 24 packs per box, 6 cards per pack. AT LEAST 1 Foil card per pack (either team logo or Superstar Foil card). The full base set is 205 cards that includes 155 base cards, 20 Superstar Foil cards, 32 Federation Foil Team Card as well as 4 other cards. 1 Factory box CAN'T make up 1 full collection-- it requires minimum 3 -4 boxes based on our experience. Factory Box: delivers 144 cards.

At least 1 FOIL card per pack. 1 box delivers 216 cards. As there are NO different levels of chase cards involved, all cards are evenly produced (DOESN'T MEAN EVENLY COLLATED). Based on our experience , ON AVERAGE (not guarantee in any particular box), over 90% chance 1 box delivers at least one of the Lionel Messi (#44) OR Cristiano Ronaldo (#162) Superstar Metalized card; quite often you will get both!

The seller is "cardshowcase" and is located in Burwood, VIC. This item can be shipped worldwide.